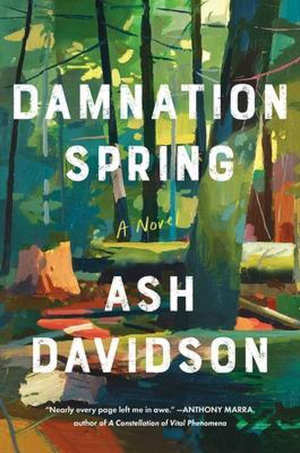 For generations, Rich Gundersen’s family has made a living felling giant redwoods on California’s rugged coast. It’s treacherous work, and though his son, Chub, wants nothing more than to step into his father’s boots, Rich longs for a bigger future for him.

Colleen just wants a brother or sister for Chub, but she’s losing hope. There is so much that she and Rich don’t talk about these days – including her suspicions that there is something very wrong at the heart of the forest on which their community is built.

When Rich is offered the opportunity to buy a plot of timber which borders Damnation Grove, he leaps at the chance – without telling Colleen. Soon the Gundersens find themselves on opposite sides of a battle that threatens to rip their town apart. Can they find a way to emerge from this together?