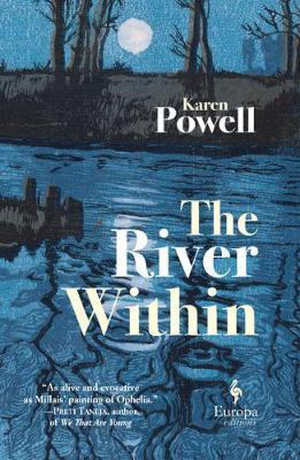 It is the summer of 1955. Alexander, Tom and his sister Lennie, discover the body of their childhood friend Danny Masters in the river that runs through Starome, a village on the Richmond estate in North Yorkshire. His death is a mystery. Did he jump, or was it just an accident?

Lady Venetia Richmond has no time to dwell on the death. Newly widowed, she is busy trying to keep the estate together, while struggling with death duties and crippling taxation. Alexander, her son and sole heir to Richmond Hall, is of little help. Just when she most needs him, he grows elusive, his behaviour becoming increasingly erratic. Lennie Fairweather, ‘child of nature’ and daughter of the late Sir Angus’s private secretary, has other things on her mind too. In love with Alexander, she longs to escape life with her over-protective father and domineering brother. Alexander is unpredictable though, hard to pin down. Can she be sure of his true feelings towards her?

In the weeks that follow the tragic drowning, the river begins to give up its secrets. As the truth about Danny’s death emerges, other stories come to the surface that threaten to destroy everyone’s plans for the future and, ultimately, their very way of life.