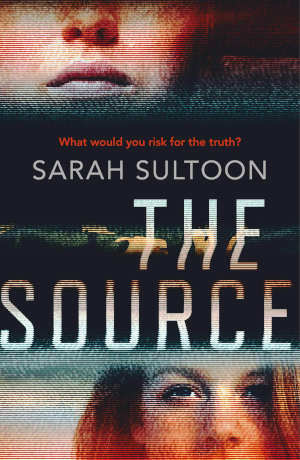 A young TV journalist is forced to revisit her harrowing past when she’s thrust into a sex-trafficking investigation in her hometown. A startling, searing debut thriller by award-winning CNN journalist Sarah Sultoon.

1996. Essex. Thirteen-year-old schoolgirl Carly lives in a disenfranchised town dominated by a military base, struggling to care for her baby sister while her mum sleeps off another binge. When her squaddie brother brings food and treats, and offers an exclusive invitation to army parties, things start to look a little less bleak.

2006. London. Junior TV newsroom journalist Marie has spent six months exposing a gang of sex traffickers, but everything is derailed when New Scotland Yard announces the re-opening of Operation Andromeda, the notorious investigation into allegations of sex abuse at an army base a decade earlier.

As the lives of these two characters intertwine around a single, defining event, a series of utterly chilling experiences is revealed, sparking a nail-biting race to find the truth…and justice.

A riveting, searing and devastatingly dark thriller, The Source is also a story about survival, about hopes and dreams, about power, abuse and resilience … an immense, tense and thought-provoking debut that you will never, ever forget.