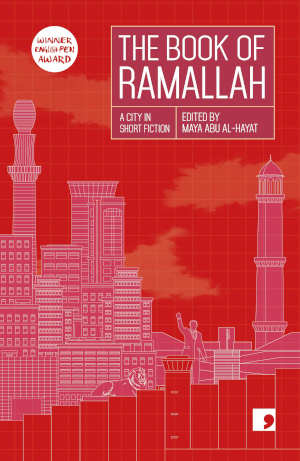 The Book of Ramallah

A coffee seller waits all day for one of his customers to ask him how he is, until eventually he just tells the city itself…

A woman pilgrimages to the Cave of the Prophets, to pray for rain for her tiny patch of land, knowing it will take more than water to save it…

Unlike most other Palestinian cities, Ramallah is a relatively new town, a de facto capital of the West Bank allowed to thrive after the Oslo Peace Accords, but just as quickly hemmed in and suffocated by the Occupation as the Accords have failed. Perched along the top of a mountainous ridge, it plays host to many contradictions: traditional Palestinian architecture jostling against aspirational developments and cultural initiatives, a thriving nightlife in one district, with much more conservative, religious attitudes in the next. Most striking however – as these stories show – is the quiet dignity, resilience and humour of its people; citizens who take their lives into their hands every time they travel from one place to the next, who continue to live through countless sieges, and yet still find the time, and resourcefulness, to create.