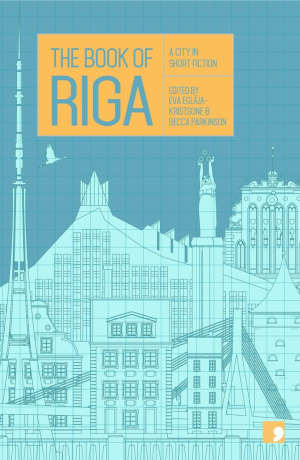 The Book of Riga

A suicide attempt, staged to attract as much attention as possible, from the top of St. Peter’s Church, quickly evolves into an outlandish and absurd, televised spectacle.

When a PA is invited into her boss’s office one day to observe a protest unfold, just as he predicts, in the streets below, she begins to suspect his powers of foresight might extend beyond mere business matters.

Finally moving into the house of her dreams, on the island of Kīpsala, a single mother discovers a strange affinity with the previous occupant.

Riga may be over 800 years old as a city, but its status as capital of an independent Latvia is only a century old, with half of that time spent under Soviet rule. Despite this, it has established itself as a vibrant, creative hub, attracting artists, performers, and writers from across the Baltic region. The stories gathered here chronicle this growth and on-going transformation, and offer glimpses into the dark humour, rich history, contrasting perspectives, and love of the mythic, that sets the city’s artistic community apart.

As its history might suggest, Riga is a work in progress; and for many of the characters in these stories, it is the possibilities of what the city might become, more than merely what it is now, that drives the imagination of its people.