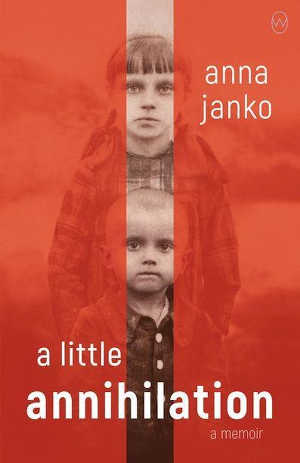 June 1, 1943, Eastern Poland. Within just a few hours, the village of Sochy had ceased to exist. Buildings were burned. Residents shot. Among the survivors was nine-year-old Teresa Ferenc, who saw her family murdered by German soldiers, and would never forget what she witnessed the day she became an orphan. The horror of that event was etched into her very being and passed on to her daughter, author Anna Janko.

A Little Annihilation bears witness to both the crime and its aftershocks, the trauma visited on the next generatio, as revealed in a beautifully scripted and deeply personal mother-daughter dialogue. As she fathoms the full dimension of the tragedy, Janko reflects on memory and loss, the ethics of helplessness, and the lingering effects of war.