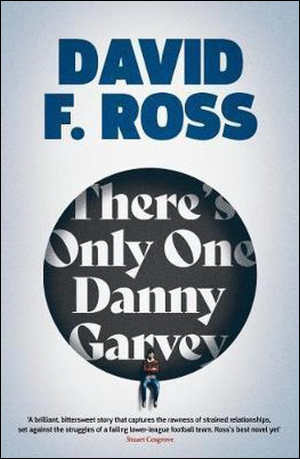 There’s Only One Danny Garvey

A promising young football player returns home to his tiny village, his dreams in tatters and a dark secret haunting his conscience, in a beautiful, unforgettable novel about hope and redemption, when everything seems lost…

Danny Garvey was a sixteen-year old footballing prodigy. Professional clubs clamoured to sign him, and a glittering future beckoned.

And yet, his early promise remained unfulfilled, and Danny is back home in the tiny village of Barshaw to manage the struggling junior team he once played for. What’s more, he’s hiding a secret about a tragic night, thirteen years earlier, that changed the course of several lives. There’s only one Danny Garvey, they once chanted … and that’s the problem.

A story of irrational hopes and fevered dreams – of unstoppable passion and unflinching commitment in the face of defeat – There’s Only One Danny Garvey is, above all, an unforgettable tale about finding hope and redemption in the most unexpected of places.