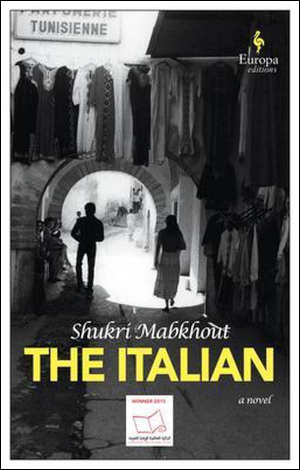 Winner of the 2015 International Prize for Arabic Fiction, the most important literary prize in the Arab world, The Italian tells an emblematic story of the shipwreck of the Arab Springs.

In Tunisia at the turn of the 80s and 90s, an era of great tensions and political and social changes, the story of a revolutionary love and dream destined to succumb in the clash with the harsh reality of a country in which repression, malpractice and general degradation crush the ambitions and dreams of the individual.

At his father’s funeral, to the great consternation of all present, Abdel Nasser beats the imam who is celebrating the funeral rite. The narrator, a childhood friend of the protagonist, retraces the story of Abdel Nasser from his days as a free and rebellious adolescent spirit to the leader of a student movement and then affirmed journalist.

Those were crucial years in Tunisia, with great tensions and changes coming up: the growth of Islamism fighting against the strong repression by the government. Against this background full of revolutionary ferments, struggles against Islamists and demonstrations against state power stands the tormented love story between Abdel Nasser and Zeina, a brilliant and beautiful philosophy student who dreams of a career in academia.

The dreams of Zeina and Abdel Nasser will unfortunately end up being wrecked under the ruthless gears of a corrupt and male chauvinist society, in which values are only a facade, ending up crushing the individuality, hopes, and aspirations of individuals. Abdel Nasser’s transformation from a young idealist with high hopes to a successful, but disillusioned and tired journalist is masterfully narrated in a stream of stories, digressions and flashbacks in which the narrative tension is always high.