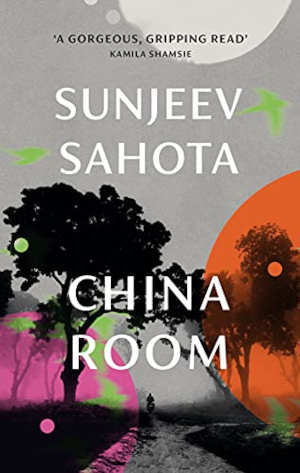 Mehar, a young bride in rural 1929 Punjab, is trying to discover the identity of her new husband. She and her sisters-in-law, married to three brothers in a single ceremony, spend their days hard at work in the family’s ‘china room’, sequestered from contact with the men. When Mehar develops a theory as to which of them is hers, a passion is ignited that will put more than one life at risk.

Spiralling around Mehar’s story is that of a young man who in 1999 travels from England to the now-deserted farm, its ‘china room’ locked and barred. In enforced flight from the traumas of his adolescence – his experiences of addiction, racism, and estrangement from the culture of his birth – he spends a summer in painful contemplation and recovery, finally gathering the strength to return home.