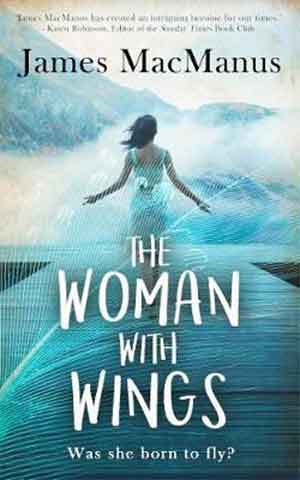 The Woman with Wings

In this heart-warming tale of female empowerment, a young woman comes to terms with the revelation that she may be able to fly. Alison Spedding is a loner; no real friends, no boyfriend and a job in which she goes unnoticed. At thirty-two, her only passion is birdwatching.

One afternoon, high on a Scottish mountain, earnestly waiting for the rarest of sights a white tailed eagle returning to its nest she slips, falling silently. In shock, her fellow twitchers return to the hostel to raise the alarm, heavy with the realisation that she must be dead. What they find shocks them even more. Alison is already there, alive and unscathed…

Further similar episodes cause Alison s grip on reality to slip, her mind spiralling towards breaking point. In her dreams she sees a huge shadow on the ground, as if there was a creature above her, a creature with huge wings. Her infatuated colleague Jed is concerned. Can he intervene before Alison finally loses control?

This is an extraordinary novel, exploring one woman s identity whilst posing universal questions: Who is she? Where does she belong? And must she accept her fate, or can she spread her wings and be free at last?