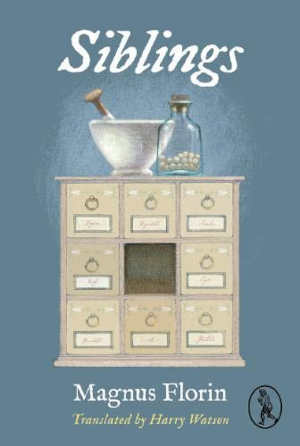 His late father owned the Lion pharmacy in Lund, and he followed in his father’s footsteps, persuading his nine younger siblings to follow his example and to accept his tutelage. But, like the naturalist Linnæus in the same author’s “The Garden”, the anonymous narrator finds that other people have minds and aspirations of their own and are determined to go their own way. He abandons pharmacy for the law, trying again to take his siblings with him, but again they rebel and follow their own destinies, even landing in prison in some cases.

Florin’s deadpan narration conceals a wicked sense of humor and a bent for satire at the expense of some of society’s sacred cows. At a time when Swedish fiction tends to be synonymous with “Nordic noir”, this author’s literate, witty and quirky short novels deserve to be better known in the English-speaking world.